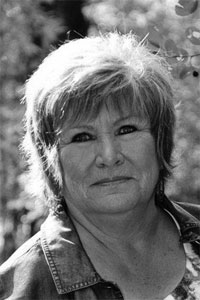 Sheryl became a licensed realtor in 1985, selling in Ogden, Utah and later in Phoenix, Arizona and Star Valley, Wyoming.  Throughout her distinguished real estate career, Sheryl has achieved many designations and top awards.  In 2004, Bob joined Sheryl as a licensed realtor.

Sheryl and Bob were both born and raised in the Ogden, Utah area.  While Bob escalated through the ranks of a prominent grocery chain, Sheryl became licensed in real estate and began establishing a stellar career.

In 1991, the Manning’s relocated to Phoenix, Arizona for Bob’s career.  Six years later, the couple semi-retired to Star Valley, Wyoming.  Sheryl and Bob being avid fishermen, golfers, kayakers and outdoor enthusiasts, found their dream in western Wyoming and can help you find your dream.

The Manning Team, with over 36 years combined experience and expertise, are knowledgeable in every aspect of real estate.  A true affinity for the Valley enables them to deliver dynamic customer service with a personalized touch.

To create an account, fill out the following form: